I'm a Scientist: Supported by Wellcome and UKRI
Skip to content

About the Antibiotics Zone 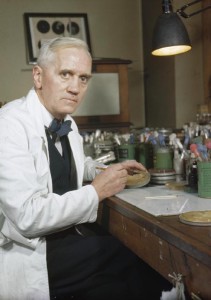 Antibiotics are drugs that kill bacterial cells, and help us cope with the infectious disease caused by certain bacteria. Alexander Fleming discovered penicillin, the first antibiotic, in 1928. But the ancient Greeks and Egyptians already used extracts of moulds and plants to treat infections.

Antibiotics can kill bacteria using different mechanisms. Some of them attack the bacterial wall, which doesn’t exist in human cells; others block specific bacterial functions or growth processes.

A recent problem we are facing is antibiotic resistance, which is when a target bacterium becomes resistant to a particular antibiotic. This is regarded as an important threat to humanity, but most drug companies are not doing any research to find new antibiotics.

ASK the scientists any questions you have about science.

CHAT with the scientists in a 30 minute long text chat booked by your teacher.

VOTE for your favourite scientist to win a £500 prize to spend on communicating more science.